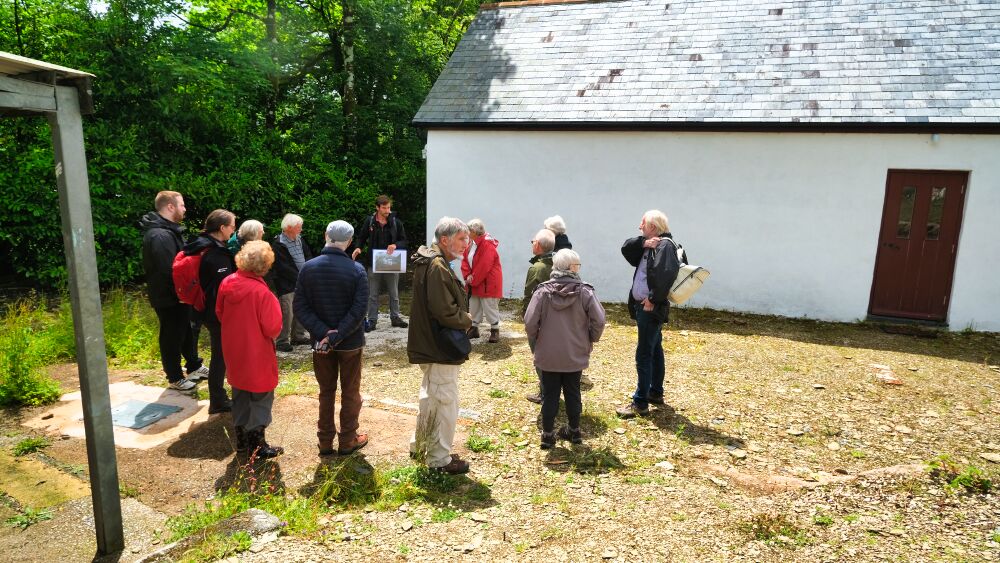 Phase 3 of the Transcription Project has been completed, bringing the total number of documents that the Project has transcribed to nearly 300. To mark the end of Phase 3 the transcribers were invited by the Exmoor National Park Authority’s Historic Environment Record Officer, Catherine Dove, to have a guided walk around some of the central physical evidence from the Knights’ era on the Forest.  This is something we have wanted to do since – oh, around March 2020!

Photo – some members of the u3a Project team at Simonsbath 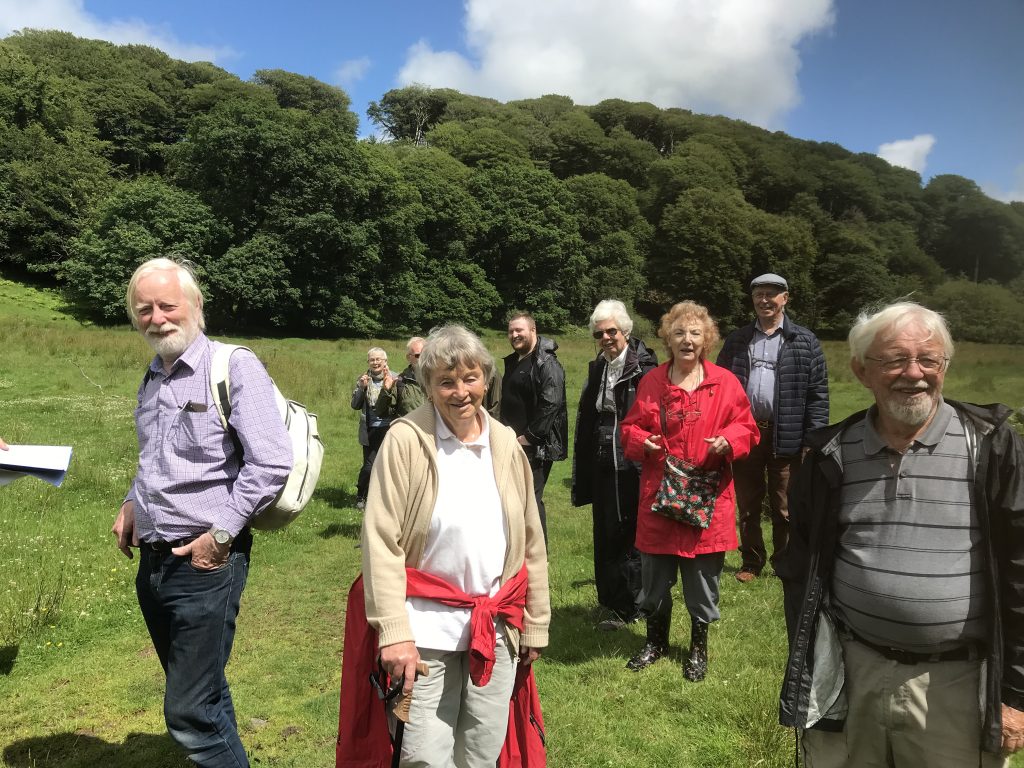 Our visit to Simonsbath – the centre of the activity of the Knight’s ambitious plans to develop Exmoor Forest – began with a look around and inside White Rock Cottage at Ashcombe (a little up the road from the pub) and we admired the restoration work done by the ENPA.  Our walk had the benefit of hearing from Tom Thurlow, the ENPA Buildings Officer, (who shared the ‘guiding’ for the visit with Catherine Dove). 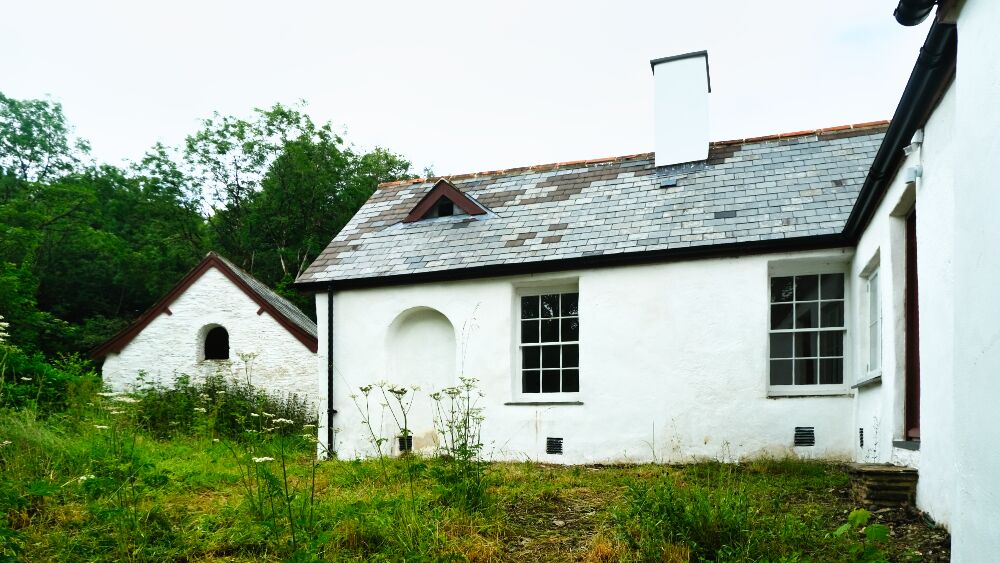 White Rock Cottage was built in 1819/1820  – and so was the earliest dwelling constructed by John Knight on Exmoor. Built for his surveyor, Thomas Timmins,  but  built, we were told, not to the highest standards! This made the restoration difficult and there were many decisions the ENPA had to make with regard to how to do the work in a way which was faithful to the original building while giving some real utility to the National Park – i.e. a useable space. 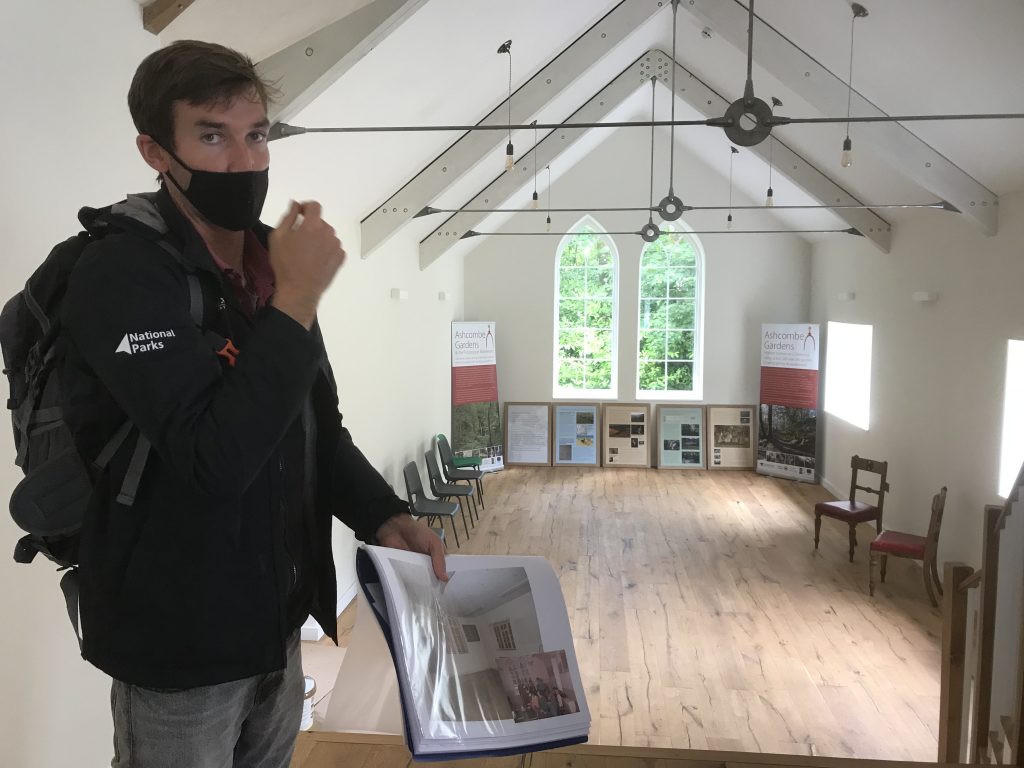 The original building had been much changed over the century; some later additions were demolished but the ‘schoolroom’ added to the rear in about 1850 was retained and made into a space for exhibitions and small meetings. 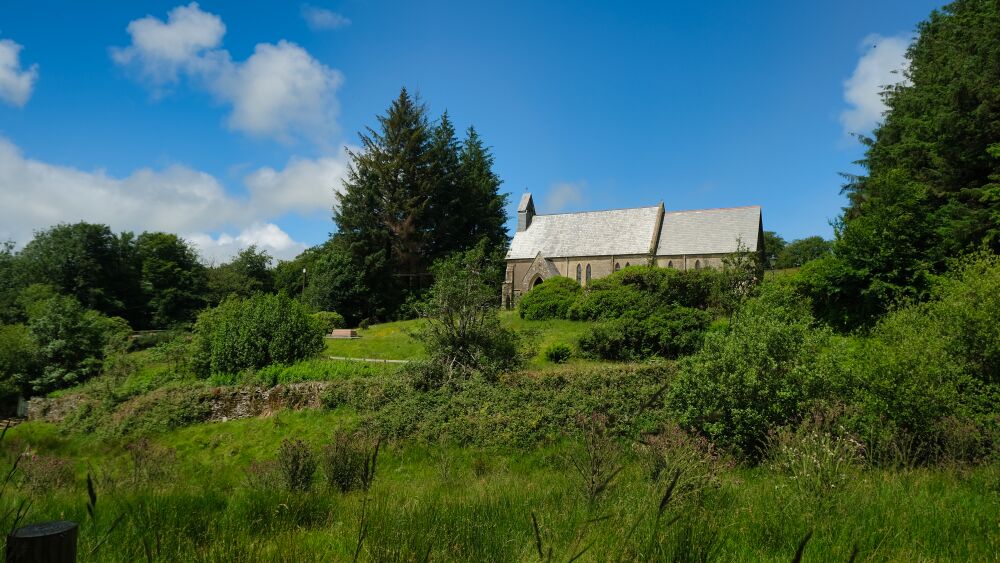 We also visited the little church up on the hillside, and saw the grave/memorial on the hillside to the Knights and their son, Frederick – who sadly died in his late 20s – and whose illness was the subject of some of the letters which we transcribed earlier in the Project.

Then we walked along past the pub, and saw ‘Pound Cottages’ – a later Knight building – and the site of the Post Office which was nearby, until demolished. We heard about the changes to the road layout, considered the river side meadow and the bridge (a beautiful spot on a fine day!), and the Sawmill and finished with some brief consideration of the ambitious plans (never fulfilled) of John Knight for a grand mansion – just behind where Simonsbath House is now – and looked at the outbuildings related to Simonsbath House, which still provide a puzzle for the Authority in respect of how they were used.

In the course of this happy ramble, we discussed and reflected on John Knight’s intentions and plans, Frederic Knight’s problems with land agents, tenants and farming practices, and the interesting way in which their activities have impacted on the landscape, or in some cases, have disappeared from obvious view. One thing is for sure – that part of Exmoor was forever changed by the Knight Family.