Home  »  Birdwatching in our area  »  Birds of Minehead Bay

You do not need to be an expert Birdwatcher or to travel far to see a variety of birds.

Watch out for the following that can often be seen in Minehead Bay between the Jubilee Café and the Coast Path Sculpture.  You won’t’ even need a pair of binoculars for most of these birds.  Best time is a little after high tide. 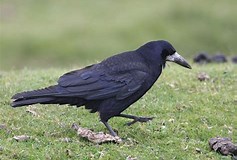 The Rook – often seen on the grass around the Jubilee Café.  Notice the white area at the top of its beak, this distinguishes it from the Crow.  Usually seen in large numbers near a Rookery but on the sea front there are only a few to be seen. 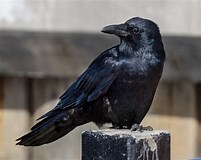 The Crow – all over black of a similar size to the Rook.  Because of the amount of food on the beach they are more numerous here than the Rook.  Look for them on the beach. 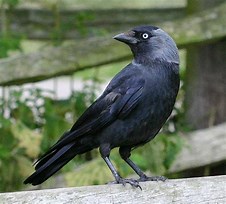 The Jackdaw – smaller than the Rook and Crow.  Head is a pale colour and they often have this very noticeable pale eye.

Black Headed Gull in winter plumage.  This is the smallest of the 3 gull species commonly seen on the beach. It has a grey back, black wing tips and a red bill.  In the winter it does not have a dark head.  Will be seen on the beach.

Herring Gull – larger than the Black Headed Gull with a grey back, black wing tips and a yellow bill with a red tip.  Seen on the beach, but this is also the one that will steal your sandwiches, so is seen on the sea wall and comes much closer than the other gulls. 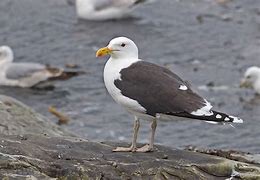 Black Backed Gull – the largest of the Gulls, with a very dark back (there are 2 types the Lesser and Great with the Lesser having a dark grey back and the Great have a black back but they are hard to distinguish from each other).  Found in fewer numbers on the beach.

The other gulls on the beach with no distinct colours will be juveniles of the above gull species – they do not have adult plumage for a couple of years. 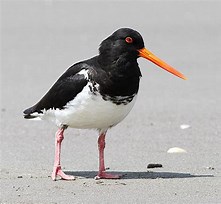 Little Egret – large white bird, looks like a white heron.  Often seen in one of the ponds in the harbour or on the beach.  Feet tend to be under water but if you catch a glimpse of them they are yellow.

Cormorant – a large bird often seen on the structure with the green light.  May be holding out its wings to dry.  Those with a pale chest are juveniles. 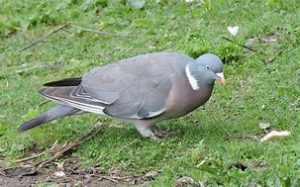 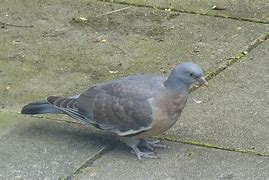 Wood Pigeon – Juvenile.  It does not have the white ring on the neck and has less colour. 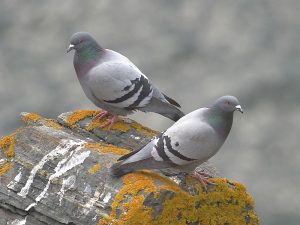 Feral Pigeon – smaller than the Wood Pigeon.  Often seen flying around in a small flock or they like to rest on the Harbour Wall near the steps. 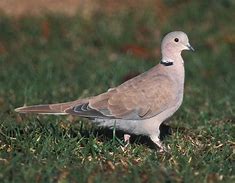 Collared Dove – smaller than the Feral Pigeon.  Might be seen perched on one of the street lights 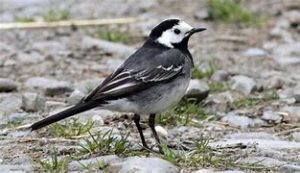 Pied Wagtail – often seen on the pavement or wall.  Characteristic bobbing of tail.  Utters a 2 note call when in flight. 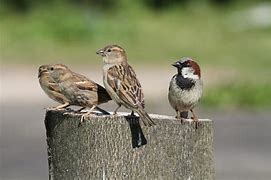 House Sparrows – seen in little flocks, after seeds on the pavement by the flower beds near the Coast Path sculpture.  Females on left male on right.