This is a good area for seeing the Common Cranes, both on the reserve and nearby.  Some viewing points may be seen on this map:

West Sedgemoor RSPB - where to look for cranes 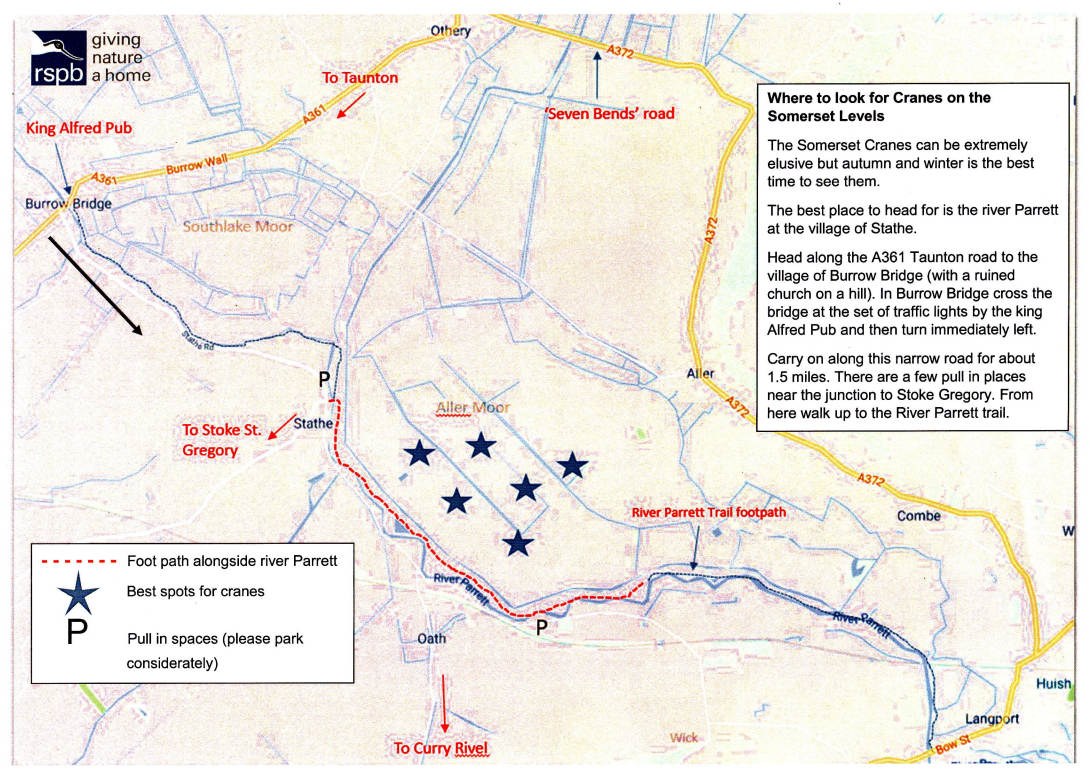 In winter, the controlled flooding on the wet meadows attracts birds in their thousands – ducks such as wigeons, teals, shovelers, pintails and mallards and wading birds such as golden plovers, snipe and lapwings.

West Sedgemoor is a Site of Special Scientific Interest (SSSI) site as part of England’s largest remaining wet meadow system. Set among the Somerset Levels and Moors, it has the largest lowland population of breeding wading birds such as lapwings, snipe, curlew and redshanks in southern England.

The reserve has restricted access to protect ground-nesting birds and over-wintering flocks. Go on a guided walks to get special access to their winter viewing station.