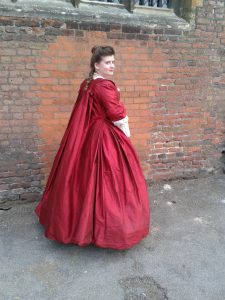 Sarah Slater, a Hampton Court guide, was our Speaker in February 2021

In mesmerising, graphic detail Sara Slater, a tour guide at Hampton Court Palace, took us on a jolly romp with her tales of Sex, Secrets, Scandal & Salacious Gossip of the Royal Court from 1660-1830.  After the downfall of Cromwell and the restoration of the monarchy, the upper classes and the aristocracy celebrated in ways which made the 1920s and 1960s appear tame.  Charles II, known as the Merry Monarch because of his hedonism, led the way.  He acknowledged 13 of his lovers (Nell Gwyn being the most famous), but there were many more and many illegitimate children.  We heard the shocking tale (true?) of one of his lovers, Barbara Villiers, having an intimate encounter with a 250 year old mummified corpse discovered after the Fire of London.  William and Mary both had lovers and Lady Churchill was thought to be Queen Anne’s long term lover.  Other monarchs, including George I, and William IV also had lovers.  In the 18th century Harris’ List gave ‘Descriptions of Ladies of Pleasure’ around Covent Garden.  (In 1791 it sold 8,000 copies!)  In 1811 The Dictionary of the Vulgar Tongue was published; Sara gave us some fine examples!  She went on to tell us how in the past people tried to prevent pregnancy (e.g. French letters made from sheep guts or bladders), to terminate a pregnancy (e.g. drinking the urine of a stallion), how ladies wearing long ball gowns went to the toilet (was that antique gravy boat you use really used for gravy?), and what women did before underwear or sanitary pads were invented (I’m not telling!).  There was so much more, including learning what ladies wore, from the skin outward.  It was an unforgettable coffee morning!   Report by Karen Mahony

January: Hearing Dogs for the Deaf

January’s Zoom coffee morning presentation on Hearing Dogs was fascinating, highly enjoyable and inspiring.  I am guessing that most of the audience were, like me, ignorant of the role a dog can play in the life of someone who is hard of hearing.  What do they do?

What they do is change lives.  Margo told of her own experiences.  After having to give up work because of her deteriorating hearing, she sometimes felt like retreating inside, closing all doors to the outside world.  As she put it, ‘My hearing dog opened those doors.’ A hearing dog dispels the sense of isolation deaf people often feel.  They provide companionship.  They boost a deaf person’s confidence, enabling them to take part in the world outside.

We heard with fascination how the charity Hearing Dogs for the Deaf trains the dogs from puppyhood.  Over a period of 18 months they learn how to appropriately alert a person to important sounds, such as door bells, the telephone, text alerts, timers and fire alarms.

The charity has centres in Yorkshire and Buckinghamshire but their clients are spread across the entire UK.  Their success rate in matching dogs and humans is 97%.  Any of us can receive a dog, even if we live in a flat, in a busy city centre or have little money.  Anyone can support the charity by sponsoring a dog (hearingdogs.org.uk).  I feel certain that after this inspiring talk many of the listeners will have done just that.  Karen Mahony 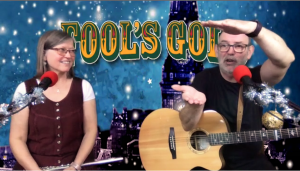 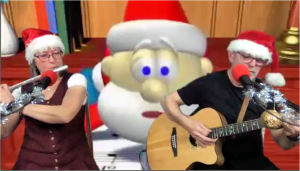 November 19th The Great Flood of Florence, a talk by Janet Diamond 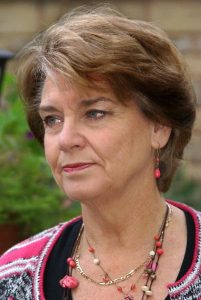 Janet Diamond’s presentation, the Great Flood of Florence, was riveting – not only because of the hour by hour drama she described in detail, illustrated by dozens of wonderful photographs, but because of her enthusiasm and thorough knowledge of the event.  Florence had always flooded, but not for centuries to the height it reached on Nov 4, 1966.  After engineers opened the flood gates of two dams on the River Arno (in order to save them), ‘a catastrophic cocktail’ of water, mud, trees, cars, carrion, sewage and oil smashed into the city.  This beautiful city, cradle of the Renaissance, lost so much: millions of ancient frescos, paintings, statues, books,  precious archives and more.  150 people lost their lives.  We heard of the heroes, some of whom risked their lives or worked themselves to exhaustion: the mayor, the ‘Mud Angels’, thousands of ordinary people who came from around the world to help (including a man from Somerset who ferried works of art to higher ground in his Land Rover).  The rich and famous donated money or set up aid organisations, including Jackie Onassis, Picasso and Franco Zeffirelli.  Since 1966 the banks of the Arno have been raised and the Arno River Basin Authority created.  Hopefully, Florence will never experience such flooding again. Fingers crossed!   Karen Mahony