Our May meeting is planned for Friday 20th when we hope to visit Horner Woods for sightings of Pied Flycatcher, Wood Warblers are often seen on this trip. I will confirm the starting point as I need to check whether Horner is open, some paths have been closed due to Ash Dieback.   June’s meeting is on 17th to Simonsbath. I will be in touch with members of the group nearer the time.

Our April outing was to Swell Woods (between Fivehead & Curry Rivel). Swell Wood has a Heronry that also includes some Little Egrets and in the fields nearby the reintroduced Common Cranes can often be seen.   Then on to a stopping spot near Oath that often produces Crane sightings. In total we saw 34 different birds including several Common Cranes.   Sedge Warblers were also seen as well as a Marsh Tit. To add to that several Roe Deer popped up as well as a Bank Vole and Brimstone Butterflies.

Gallery of photos by Cherrie Temple: 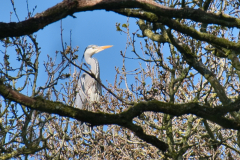 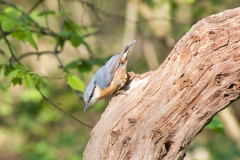 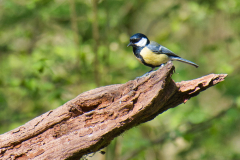 Our March meeting was very low key as I had come down with Covid.  However, a few decided they would continue with the visit.  On arrival Ham Wall looked more promising so they decided to stay there.  They then sent me their list of 40 different species seen.  This included a Glossy Ibis which, I am told, looked wonderful when the sun caught its plumage.

At other times in the month several members of the group had also managed to see the Barnacle Goose at Dunster Hawn (ponds).

Our planned outing on 18th February to Steart had to be postponed because of the storms.  However, a few of us were able to meet up at Steart the following week when we saw 35 different bird species and heard a further 3.  The sun was out and the glare did make watching difficult, but when the sun was in the right direction it did show up the birds like the Teal really well.  The colours on the males’ heads was beautiful.

Our first outing in 2022 was to Ham Wall to see the Starling murmuration.  Cherrie Temple and Tim Hedgecock have provided some photos which can be seen in a gallery here.  We arrived early afternoon and on our way to the roosting site, we saw 33 different species and heard a further 4 (see link for list below). Then it was the starlings’ turn.  Although it was a long walk, with a lot of luck we arrived in just the right place at the right time.  They flew around us on all sides and came to roost in the reed beds immediately in front of us.  They were very fidgety and moved from one patch of reeds to another and every now and then a flock of them took off with a sound like a wave on a pebble beach, then they circled around and came back in to land.   A truly wonderful display.  We could also see that other smaller groups had landed in various spots some distance away.  Eventually, for some reason many of those in front of us decided to move on to another patch, but by then it was getting difficult to see them and they were keeping low.   Then it was a long walk back to the car park with a Tawny Owl hooting at us as we went.

These include those seen on our outings or when several members have seen birds reported on the bird watching forum.